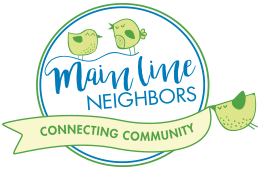 Late Friday, the Pennsylvania legislature passed House Bill 2468 by wide margins and today Governor Wolf signed it into law. The new law will require that entities like school districts and local governments seek court approval before taking property by eminent domain if that property is under conservation easement.

The legislation was prompted by two instances in which school districts have sought to seize lands protected by Natural Lands, one of Pennsylvania’s oldest and largest conservation organizations.

In Lower Merion Township, Montgomery County, the Lower Merion School District has formally expressed plans to seize some or all of Natural Lands’ newly opened Stoneleigh: A Natural Garden. The 42-acre public garden was donated to Natural Lands in 2016 by the estate of John and Chara Haas so that it could be made open to the public. Lower Merion Conservancy, which holds the conservation easement on Stoneleigh, has aligned with Natural Lands in the effort to prevent any of the property from being taken by the school district.

Simultaneously, the Cumberland Valley School District in Cumberland County, PA, has initiated a taking by eminent domain of the historic 108-acre McCormick Farm for a proposed new school. That property has been protected by a Natural Lands conservation easement since the 1980s and the organization is fighting the taking in court.

Under the new law, both school districts will have to prove in Court that there are no “reasonable and prudent alternative” sites for their proposed new schools and sports facilities.

This extraordinary legislative success is a result of the leadership and determination of the Bill’s original sponsors, Representatives Warren Kampf, Kate Harper, and Marcy Toepel, along with Senator Bob Mensch and a host of bipartisan House cosponsors. Said Molly Morrison, president of Natural Lands, “They, and every member of the legislature who voted for HB 2468, has our sincere gratitude.”

Morrison added, “While the law places an additional obstacle in the School Districts’ way, the threat to Stoneleigh and the McCormick Farm is still very real. We will continue to fight until both properties are removed from consideration.”

House Bill 2468 was introduced on June 6, voted through the House on June 19 and through the Senate three days later. The remarkably quick approval of the Bill and overwhelming majority votes represent profound legislative support for conservation and for the common-sense notion that, once land is preserved, it should stay that way.

“Protecting open space and our natural areas is something that helps everyone in our state and ensures a future that is connected to our past,” said Representative Warren Kampf. “This law proves our commitment to the preservation of open space and to standing with landowners willing to help us do that. I was proud to take on this fight and work with partners like Natural Lands to achieve success.”
Said Representative Kate Harper, “This new law allows for the careful balancing of public interests before land set aside forever for the public’s benefit as open can be taken for development for a government purpose.”

“I am pleased that we were successful in getting this Bill enacted into law. For properties like Stoneleigh, it is imperative to have additional oversight regarding the ability to use eminent domain to seize all or even part of a property,” said Representative Marcy Toepel. “The generous donation of the Haas family estate to Natural Lands must be protected to insure transfers such as this are not discouraged or jeopardized.”

Natural Lands is dedicated to preserving and nurturing nature’s wonders while creating opportunities for joy and discovery in the outdoors for everyone. As the Greater Philadelphia region’s oldest and largest land conservation organization, Natural Lands has preserved more than 125,000 acres, including 43 nature preserves totaling more than 23,000 acres. Some 2.5 million people live within five miles of land under the organization’s protection.

Land for life, nature for all. natlands.org